From Provocation to Interaction

The Difficulty of Developing a Dialogue between Art and Security

I can still recall clearly the opening of our new Liftarchiv in autumn 2001. People were looking into the glass lift, where one could admire the so-called Archive Lounge, equipped with a red sofa, and a slide show. The project drew little attention at first, and those who worked in the building had little to say apart from the question “What does that have to do with us” or the criticism “For this they have money”. But, of or her own ideas.

I can recall the second installation just as well: a video clip was shown in which women in fishnet stockings posed and moved about erotically in the waiting rooms of the Kreisverwaltungsreferat (District administration department).This installation met with a great deal of displeasure and annoyance, especially from those who worked in the building. People made the association that applications had to humiliate or “prostitute” themselves before the authorities to get their requests approved. Because of the film sequences and their erotic allusions, a number of risqué remarks were made to female employees. Here again I recalled the freedom of art. Once again I made an appeal for people to show openness to the art. The next two installations – Intervall and Speaking in public – did not lead to direct conflicts in the building, but there continued to be confusion about the whole project. 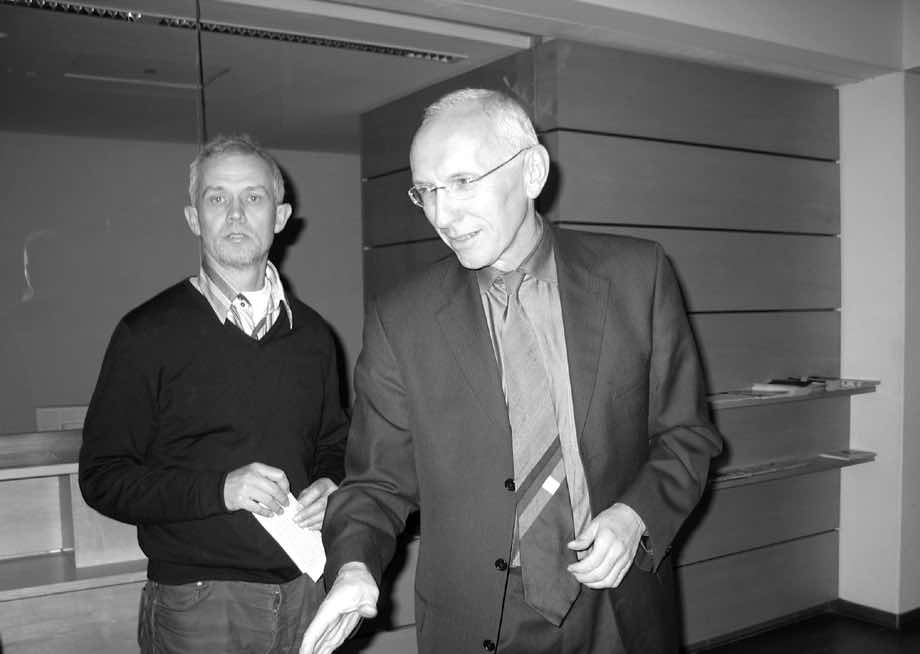 Then in autumn 2003 there was a new installation in the Liftarchiv, entitled “Do we really need a new anti-imperialism?” Video interviews and installation in collaboration with schleuser.net. A tape played an “advertisement” for the refugee initiative Karawane saying that “refugees from politicians and desktop administrators cannot say when they got from A to B”. The video clip questioned the role of the Kreisverwaltungsreferat in the security conference and the associated problems of globalism. The overall conception gave the impression that the video represented the views of the Kreisverwaltungsreferat. However kindly disposed one was, that was simply no longer acceptable. The Kreisverwaltungsreferat is responsible for carrying out the immigration laws and it does so within the latitude granted it. The “Karawane”, by contrast, were often not prepared to accept the decisions of governmental authorities and courts and prevented legal deportations. An advertisement for this organisation on the premises of the Kreisverwaltungsreferat was not simply a provocation to its employees but was unacceptable for political reasons. After all, it is about the agency’s obligation to remain neutral, particularly in sensitive areas like immigration law.This neutrality of the state’s authority is no longer guaranteed if an impression is created that government offices are grappling with topics like antiimperialism and making “advertisements” or the Karawane and schleuser.net. That is, however, precisely what this presentation of the Liftarchiv did. Ultimately, I had no choice but to stop this presentation. And suddenly I myself was an action artist, for the closing of the installation was interpreted by the artists as a new installation and as such was kept up throughout the planned exhibition period. I had not anticipated that my first entry into active art would be such a sudden success.

The discussions resulting from the controversy – first with the employees in the building and then, after the culmination, repeatedly with the artists themselves – ultimately led to a constructive dialogue. Both sides were able to understand the others role and so a long-term conflict was avoided. Leaving aside the question of whether the Liftarchiv truly met with a great of acceptance in the Kreisverwaltungsreferat, I would like to point out that it was possible to work together to prevent the entire project from collapsing, and it certainly fulfilled one important goal of art, namely to stimulate thinking.The next three installations – TAZ: Temporary Autonomous Zone,Voices for an image and The BURQA project: At the limits of my dreams I encounter the ghost of my doppelganger – were accepted more readily, not least because in the meanwhile the dialogue with the artists was much better. 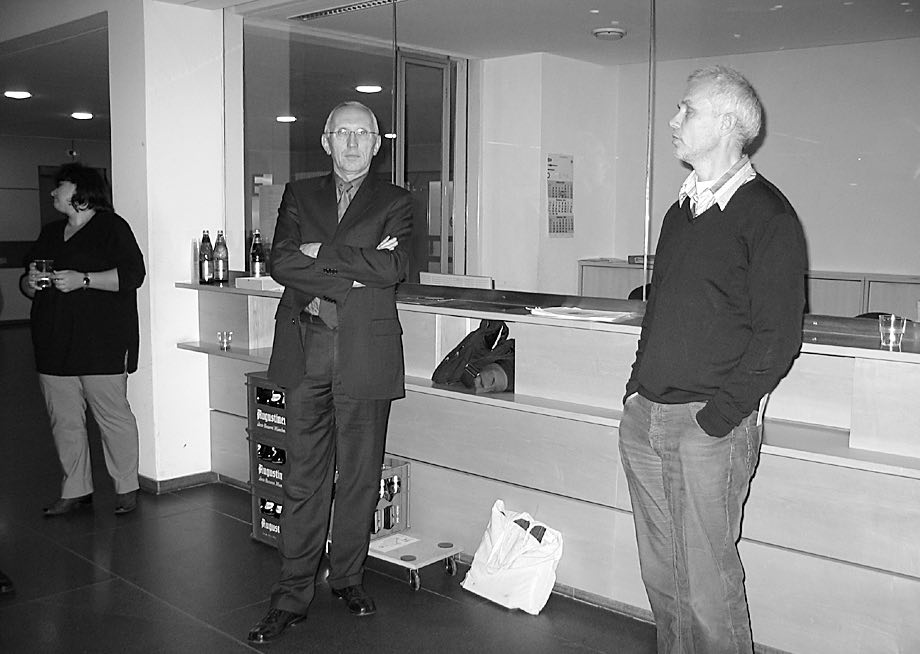 In my view, the dispute over the art in the Liftarchiv in the Kreisverwaltungsreferat enriched both sides and ultimately demonstrated that even in the building of a security service it is possible to show art, even art that conflicts with the tasks of that service. It was also made clear that certain limits on the part of the artists could be accepted.