Installation with 4 burkas and text


In collaboration with the exhibition Xenopolis: On the fascination and exclusion of the foreign (www.xenopolis.de) a series of four burkas were exhibited that have been made from the flags of four Western superpowers: the United States, Germany, France and Great Britain. The KVR is uncertain whether the installation will be accepted but is certainly open to the effort. Over the course of the project there are no negative comments.The visitors in particular feel that the project speaks to them and they leave comments on the specially installed pin-board. 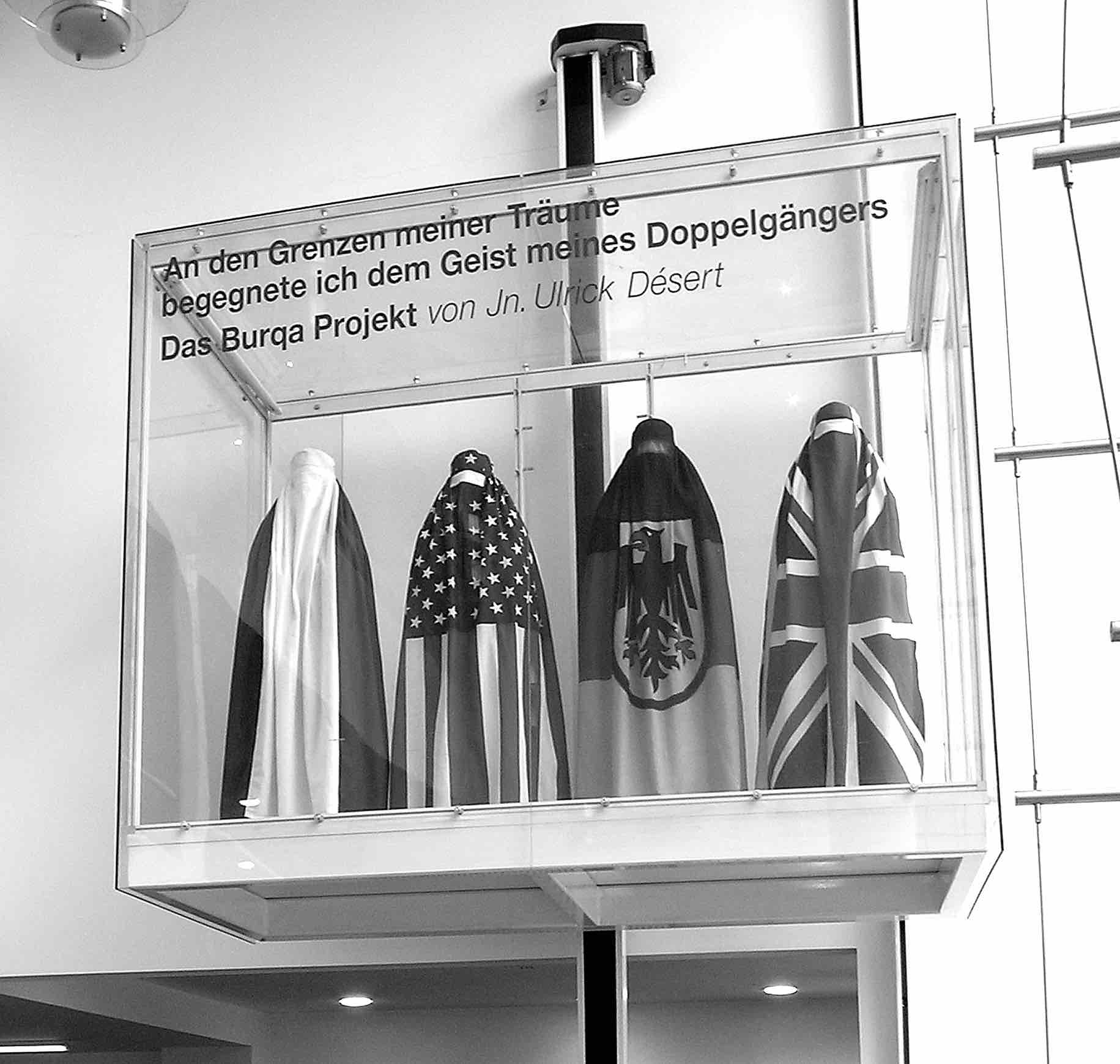 “In a metaphorical fashion, the Haitian-born artist Jn. Ulrick Désert grapples with the encounter of Orient and Occident, in particular with the current confrontation of the values of Islam and of the West. Using clear symbols, but open to many possible interpretations, he comments on the encounter of different cultures and traditions that has resulted from globalisation.The burka is said to be the result of strict rules for clothing imposed by fundamentalist supporters of Islam. 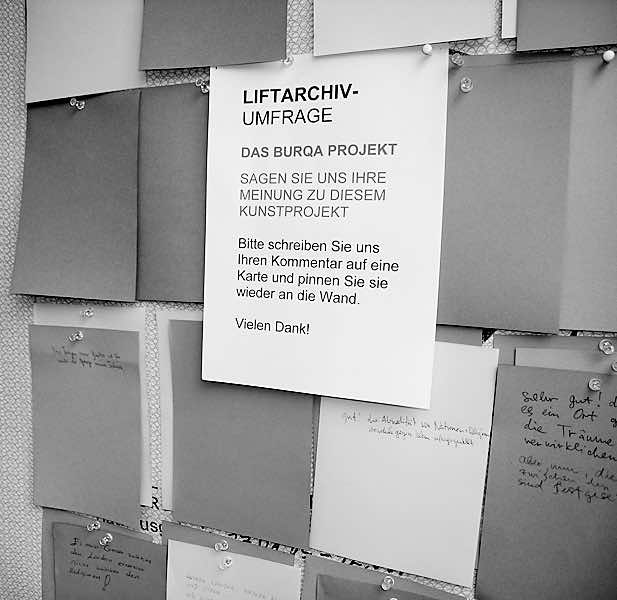 Désert had burkas made from the flags of the United States, Germany, France and Great Britain.The choice of these nations makes it clear that the BURQA Project is not a commentary on a current political event.The project is rather open to a variety of questions and readings.” 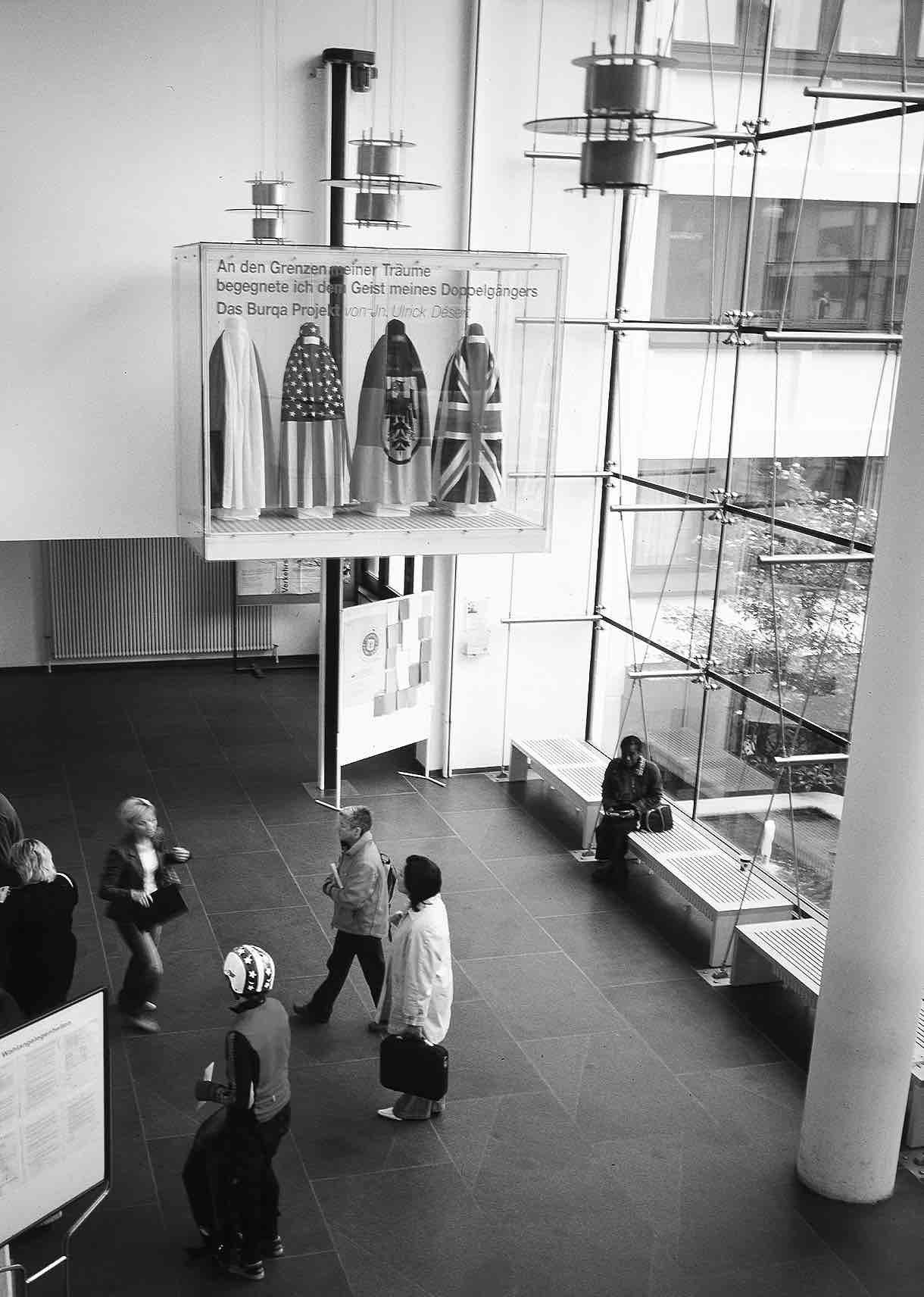