Votes for a Picture


On the Liftarchiv, for an initial period of four weeks, a painting by Michael Hauffen will be exhibited. It will be accompanied by a ”democratic“ vote, the results of which will determine whether after a certain period the painting is covered up, shown for a while longer or donated to the Kreisverwaltungsreferat (KVR; District Administration Department). The employees are asked to vote during this period on the painting and this action. 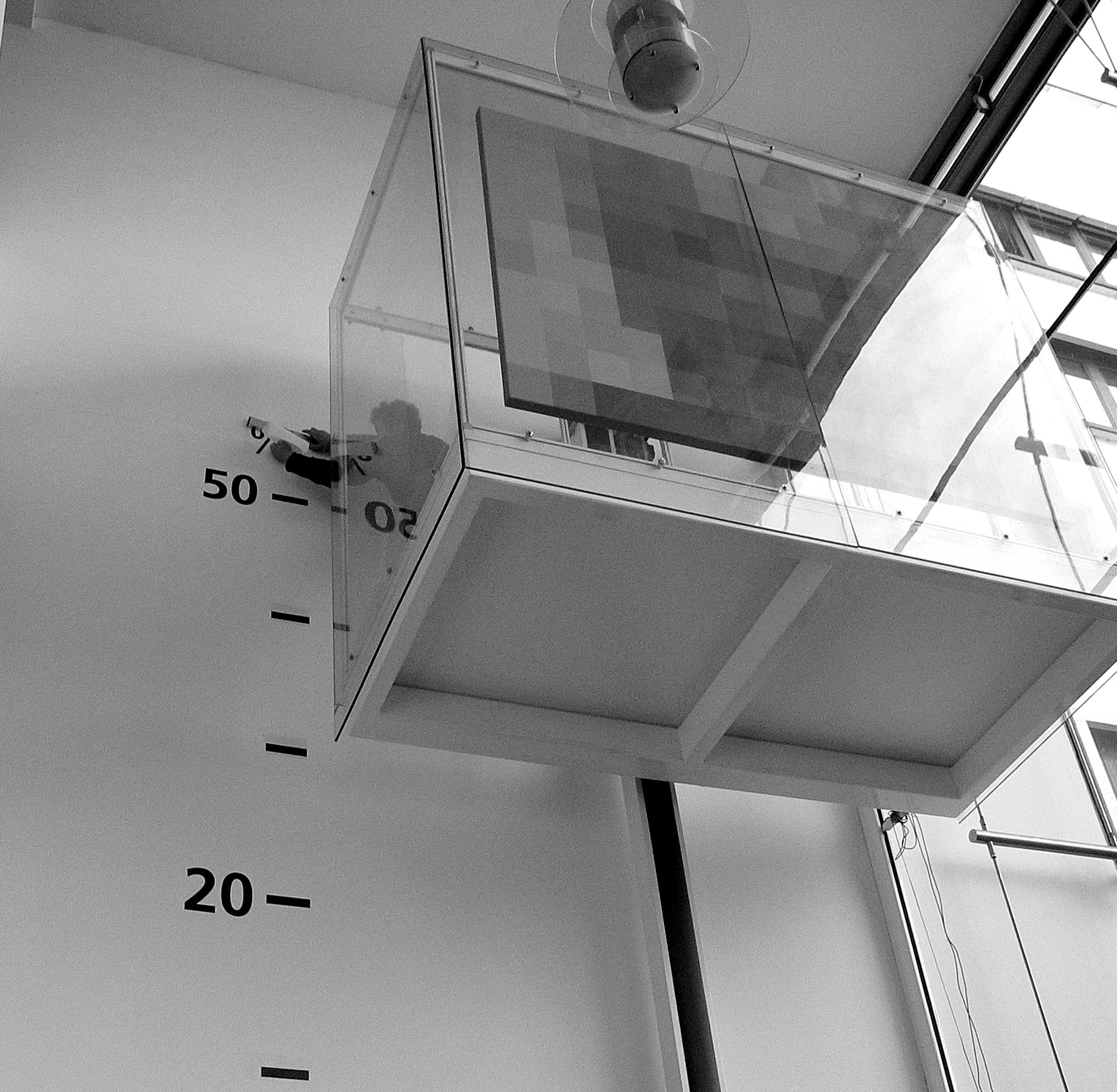 The number of votes received will determine what happens with the painting. The upward movement of the Liftarchiv will function as a barometer of the mood. During the project an election rally was held in front of the KVR canteen to encourage the employees to vote. When the vote was over, the tally was: 3.6% yes votes. The share of positive votes was thus well under twenty percent of the KVR employees. In order to express this decision visually, the painting was exhibited for another month but covered with grey cloth. 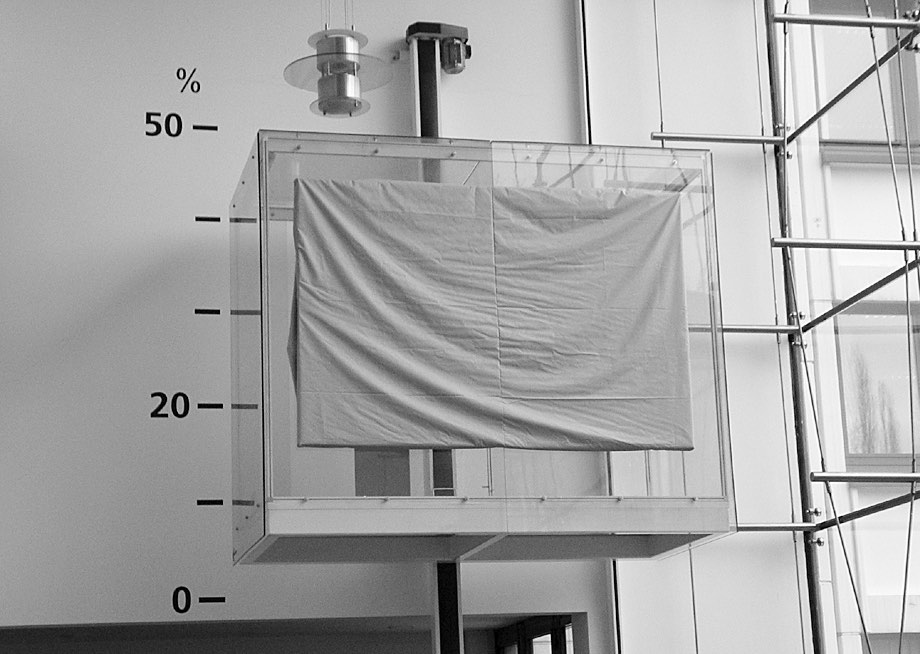 The painting covered by a grey cloth

Inviation to the Employees:

Dear employees of the KVR,

As your may have noticed, since 21 October a new painting has been on view in the foyer of the KVR. It is in a glass lift and will be shown there for an initial period of three weeks.

You are invited to take part in a vote, the point of which is to determine how this painting and the action of the the vote itself go over with you. The result of the election will determine what then happens with the painting.

Every employee of the KVR has one vote in this election and can vote either yes or no. Vote “yes” if you like the painting and the action of when you find it interesting to attempt something like this; vote “no” if you don’t like it at all. As in politics, you can of course refrain from voting and thereby announce your lack of interest. 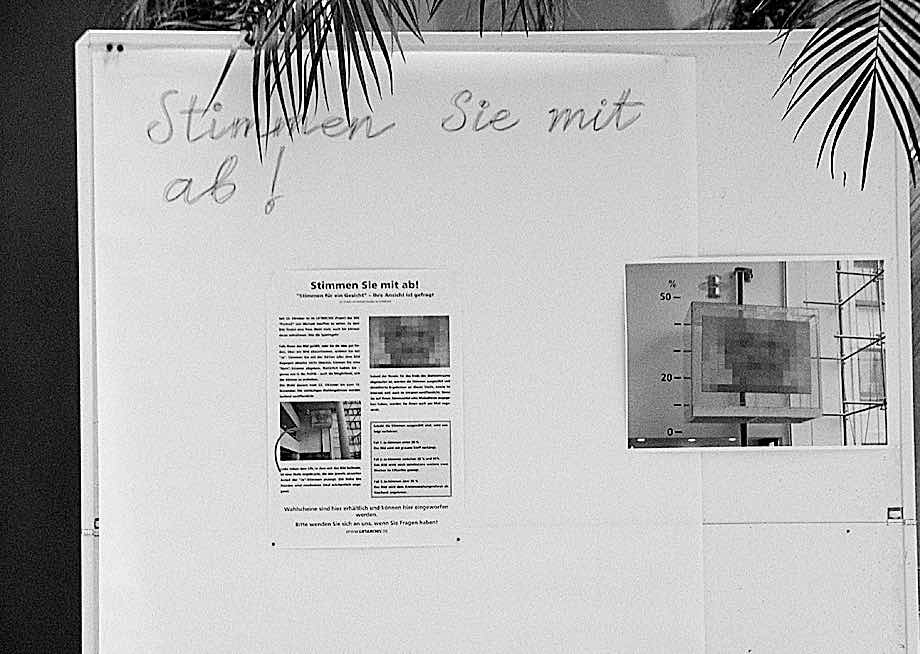 You have the following options for submitting your vote:
- Fill out the attached ballot and place it in the voting urn
- Send an e-mail with ArtVote in the heading and the word “yes” or “no”

The votes received will be tallied several times a week, and the share of positive votes will be shown by having the glass lift - to which a scale will now be added on the left side - move up the corresponding amount. You can readthe current value (as a percentage) from the number to which the lift’s red arrow is pointing. 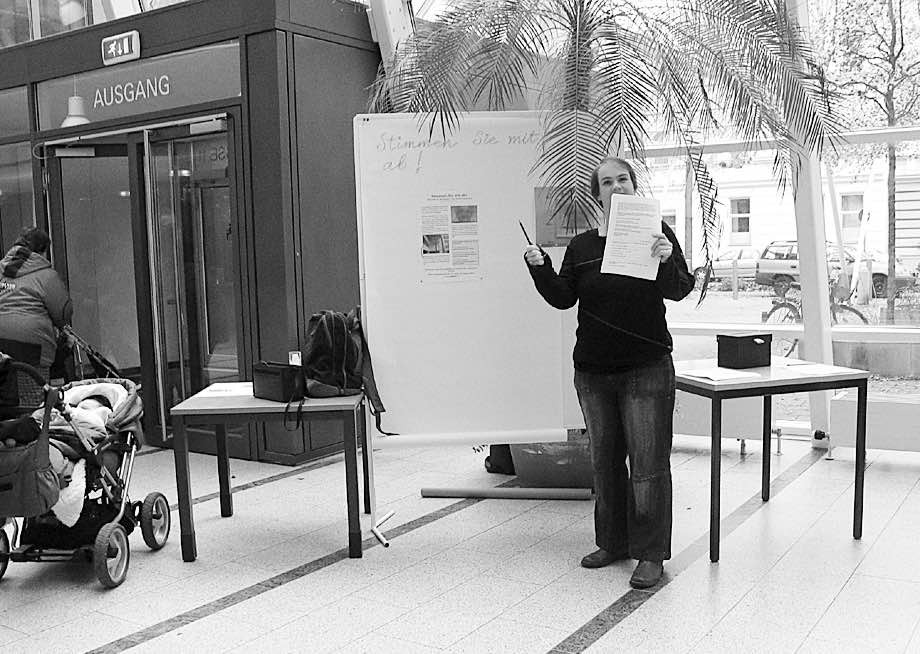 Susanne Clausen with he polling board

As soon as the voting period has ended, the voted will be tallied and the results published in a variety of ways.

Then one of the following things will happen to the painting:

- If “yes” votes are under 30%, the painting will be covered up for three more weeks 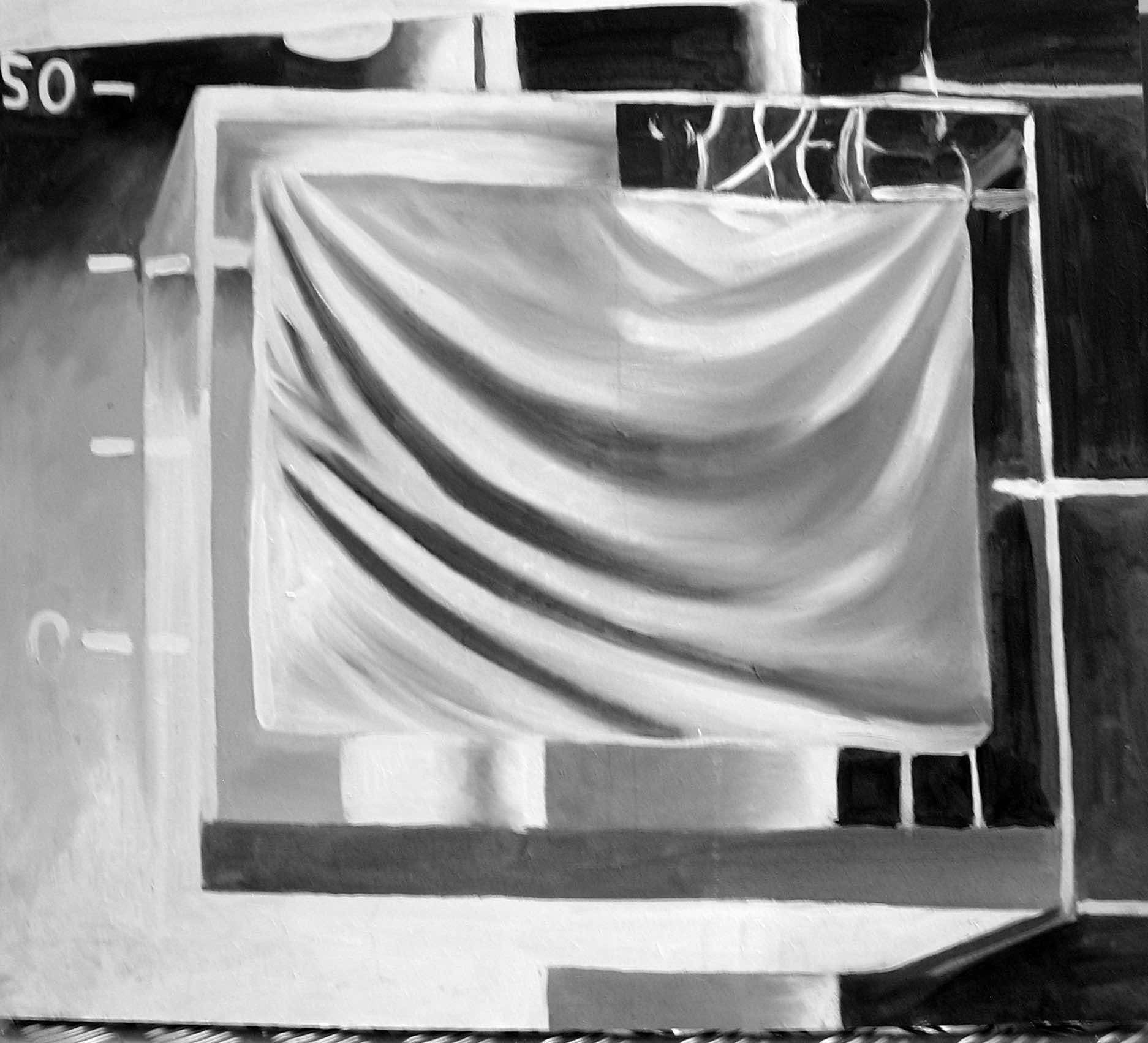 Painting by Pavlo Kerestey, based on the painting covered by a grey cloth

- If the “yes” votes are between 20% and 50%, the painting will be shown in the Liftarchiv for three more weeks.

If the “yes” votes are over 50%, the painting will be donated to the KVR. Yours sincerely,
Michael Hauffen, project director and author of the painting / Liftarchiv 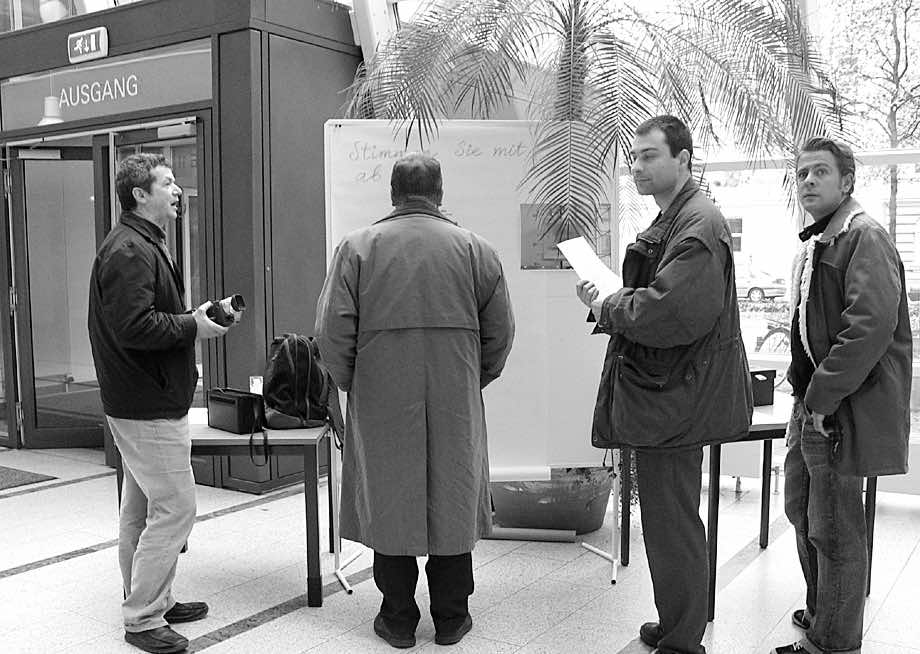