Do We Really Need a New Anti-Imperialism?

Video interviews and an installation present global migration and immigration as a contemporary form of life within a democracy.


Thanks to an invitation from the Szuper Gallery to join the Liftarchiv, schleuser.net was able to choose a very special location for this exhibition:The Kreisverwaltungsreferat (KVR; District administration department) of the state capital Munich.The federal association Schleppen&Schleusen sponsored here an installation that falls in the category site-specific art. Hence it refers directly to the activity of this governmental office, which is responsible for the local administration not only of Germans travelling abroad, but also immigration, residence permits and the freedom of movement of foreigners in Germany. For many years this office has also had experience with so-called old-style anti-imperialism. In recent years, certain circles among those exiled in Germany have forcefully advocated the thesis:We are here because you are there.This thesis was explored in relation to the KVR, among other ways, in the form of audio interviews that were presented in the Szuper Gallery’s installation the Liftarchiv in the entrance hall of that governmental office – a place that combines both these aspects: Germans going abroad and foreigners immigrating. A video summarised the theses discursively. It soon became clear that this discursive concept had worked.After running for three weeks, the office altered the installation and created a new artistic work that related directly to ours. For example, it used large, white, slightly transparent strips of paper to paper over the phrase applied to the exhibition: Do we really need a new anti-imperialism? Other parts, like the sound and video, were turned off. In a letter the city justified its participation in the design of a new work by alluding to a governmental authority’s obligation to remain neutral. 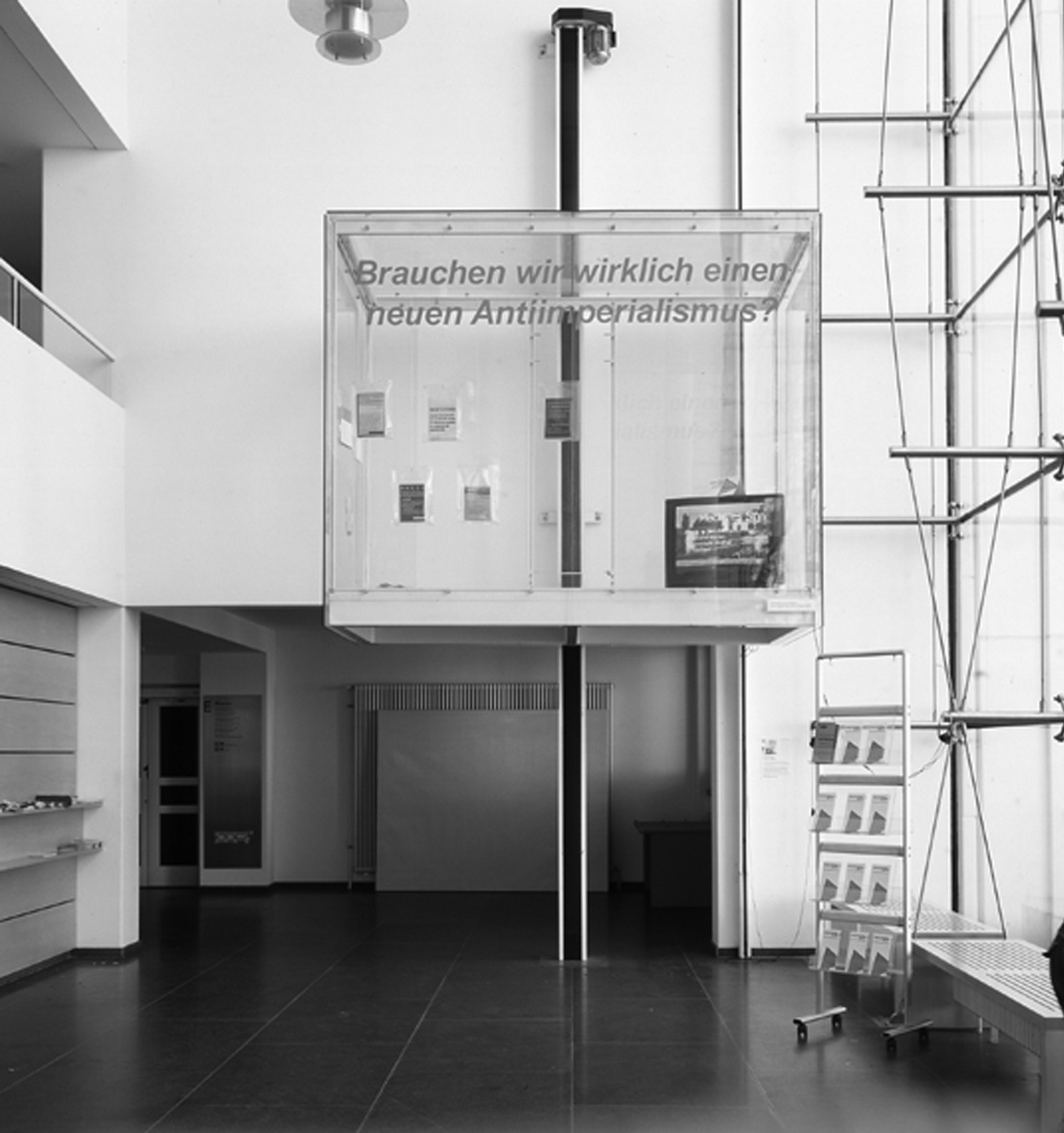 “We are a lobby organisation for business enterprise specialising in undocumented cross border human traffic.This lobby organisation carries the name of Bundesverband Schleppen und Schleusen (federal association of people traffickers), short schleuser.net.The outspoken objectives of schleuser.net is the image improvement for men and women who engange in undocumented cross border traffic, the correction of the official media portrayal, and, politically, the dissolution of the association, after the law has been adjusted by legalising any kind of public transport.”