Videoperformance shot at the KVR, 7 mins 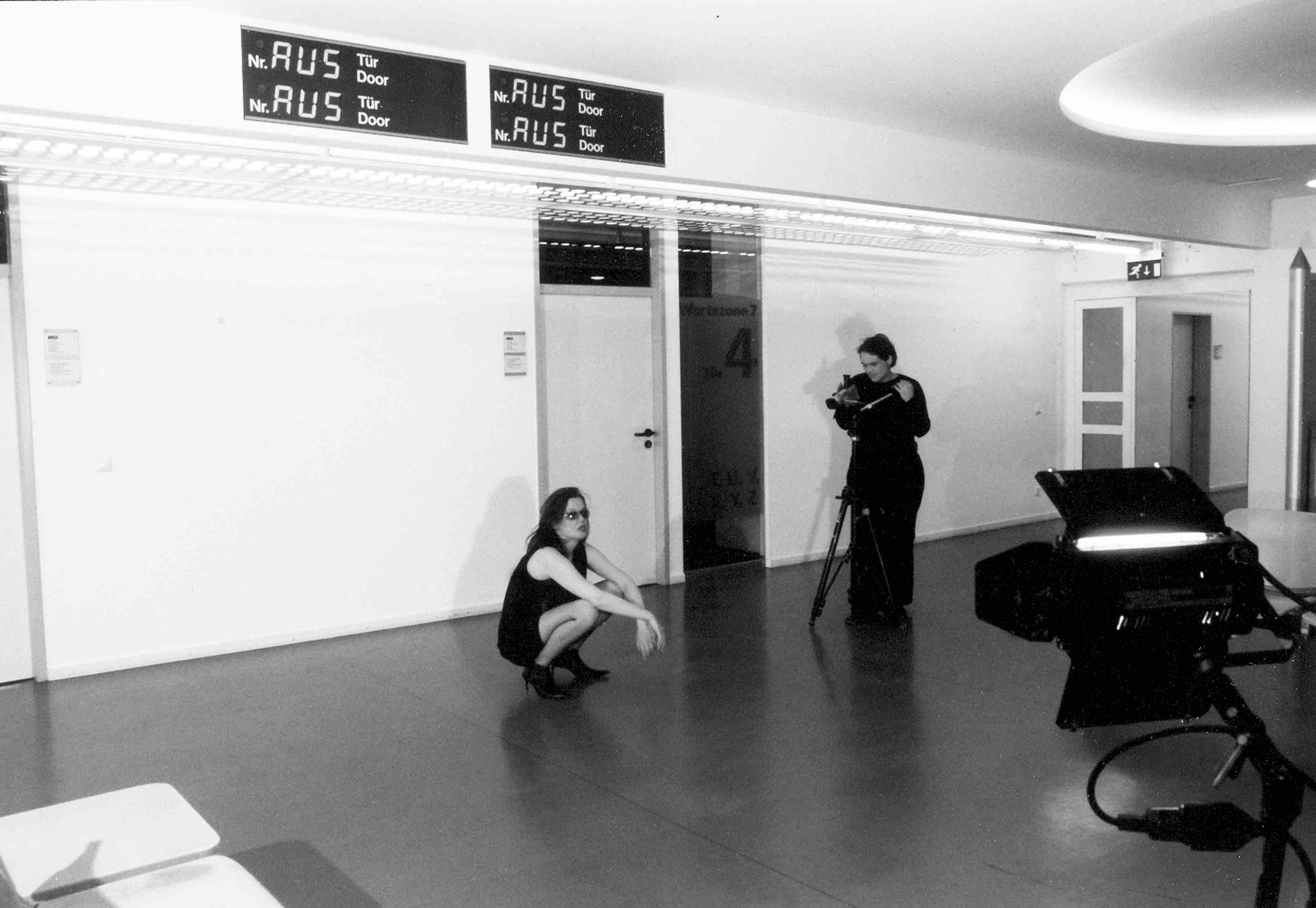 In Nirvana the sterile environment of the night time public authority building provides the stage for a surreal encounter between three people.As Szuper Gallery’s electro-pop plays, a woman taps the high heels of her boot against a closed door. Dressed in a pink shirt and striped tie a young man slumps pensively to the floor. Two women crawl on all fours across the blue linoleum of the office floor. Formal office relations explode in a display of flailing limbs. The cliché of the red lipped office vamp is pushed to its limits as, legs spread, a woman in fish net stockings rolls seductively against the wall. The stifling environment of the immigration office is transformed into a libertarian playground. A beguiling take upon arts potential relation with corporate structures. 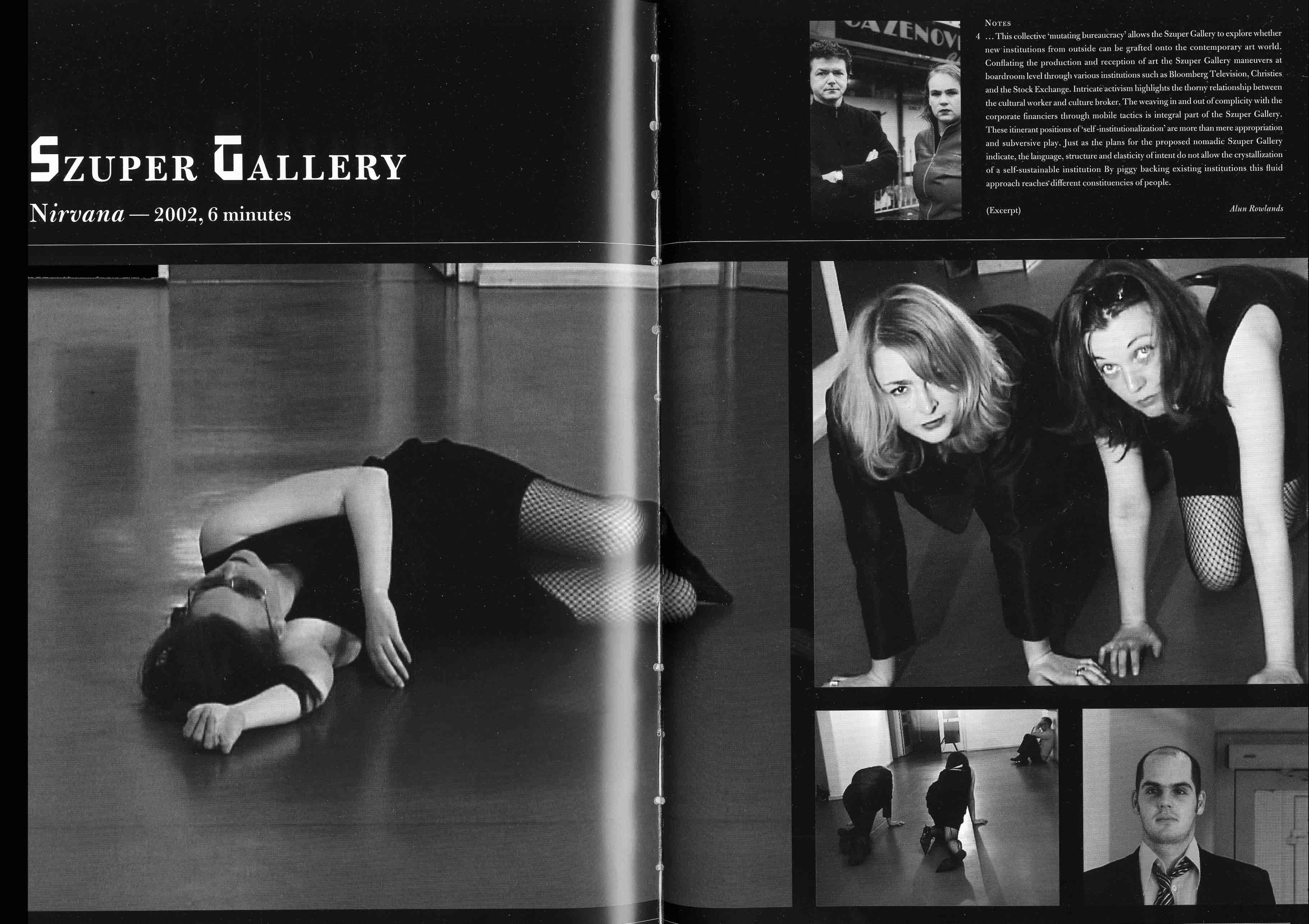 Page from a book on Nirvana